Actually, no. The problem was that they hardly ever shot the ball at all. There was no shot clock, so a team could hold on to the ball as long as they wanted to. In fact, it wasn’t uncommon for a team to nurse a lead by simply tossing the ball back and forth for 3 or 4 minutes at a stretch!

If that sounds incredibly boring… it was. By the 1950s, attendance at NBA games was nearing all-time lows and NBC was this close to dropping its contract with the league.

The crisis peaked on November 22, 1950, when the Fort Wayne Pistons (now the Detroit Pistons) took on the Minneapolis Lakers (now the LA Lakers). The Lakers had George Mikan, who was 6 ft 10 in and 245 lb. (for those of you outside the US, that’s “one really big dude” in metric). Mikan was named league MVP several times, held several scoring records, was a future Hall of Famer, and was the first commissioner of the ABA.

Needless to say, the outmatched Pistons decided to keep the ball away from Mikan as much as possible. So they held the ball as long as they could. In fact, the Pistons held the ball for ten solid minutes during one stretch of the fourth quarter. There were only four total points scored in the last quarter, and the final score ending up being an embarrassingly low 19-18. And a few weeks later the Indianapolis Olympians and Rochester Royals played a six-overtime game… in which one shot was attempted in each overtime… and that’s one shot total, not one shot by each team.

Enter a man named Danny Biasone. He was the owner of the Syracuse Nationals (now the Philadelphia 76ers). One day Biasone sat down and looked at a bunch of old box scores, trying to figure out what the “best” score of a game would be. He felt that games where both teams scored around 80 points were the most exciting, so that was his target score. To compensate for the inevitable missed shots, he figured that each team needed to shoot the ball 60 times in a game for a total of 120 shots. There are 48 total minutes in a pro basketball game, which is 2,880 seconds. Divide 2,880 seconds by 120 shots and you get… 24 seconds. Which is what he made the shot clock then, and what it remains today. Biasone started using the shot clock informally in scrimmage games, and won over a big majority of NBA owners after he invited them to watch the games.

But the funny thing about the shot clock was that, at first, players panicked. You’ve often seen a team down by a couple of points very late in a game. With 3-4 seconds left on the clock, they’ll race down the court and toss up a Hail Mary, right? When the shot clock was first adopted – for the 1954-55 season – almost every single play was like that! Players would race down the court and toss up any old kind of shot for fear running out of time. But then, after a while, the players settled down and found that 24 seconds was actually plenty of time to run set plays.

They ended up enjoying it, and the fans did too. In the last year without a shot clock, teams averaged 79 points per game (PPG). The first year with the shot clock they averaged 93 PPG. By the 1957-58 season, the average jumped to 107 PPG. And attendance jumped up, too: up 40% a few years after the shot clock was adopted. Biasone is thought by many basketball historians to be the “man who saved the NBA”.

The funny thing is, even though the NBA (and National Basketball League, and the American Basketball Association) adopted the shot clock early on, it took a long time for it to appear in NCAA basketball. There was a real fear that smaller schools simply wouldn’t be able to compete against larger schools with better athletes. So while, say, Kentucky could score 125 points against the West Kentucky Air Conditioning Repair Academy, the smaller school would be able to level the playing field by holding on to the ball.

Support for a college shot clock didn’t really coalesce until 1973, when Tennessee beat Temple in what had to have been the most boring basketball game ever played: the final score was 11-6. Still, these things take time: the shot clock wasn’t adopted by the NCAA for men’s basketball until the 1985–86 season (and even then it was a 45-second clock; it wasn’t reduced to the current 35 seconds until the 1993–94 season).

The idea for this post was shamelessly stolen from this 99% Invisible podcast. 99% Invisible is one of my favorite podcasts: although it often tells interesting stories behind architecture, it often discusses design in general… such as the design of basketball. You should REALLY check the podcast out sometime! 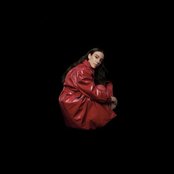 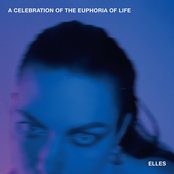 i used to
isomonstrosity
7 mins 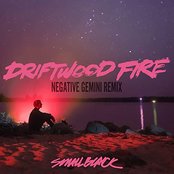 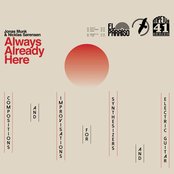 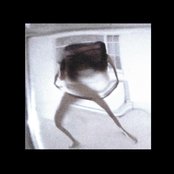