I like Parralox. I really do. But their new album is nothing but covers, and to say that covers “aren’t their strong point” would be too kind. This album is AWFUL. You’d expect an Australian synthpop band to do a crappy cover of Alan Parson’s “Eye in the Sky”… but (amazingly) their cover of Front 242’s “Headhunter” sucks just as much.

Imagine a bad German techno band covering some iconic rock and roll song, and even though you can’t stand AC\DC, and even though rednecks in AC\DC shirts used beat you up every day in high school, you just can’t bear to have “Highway to Hell” slaughtered this way. And even though you love synthpop with all your heart, there’s just something… fundamentally wrong about a crappy Kraftwerk knock-off turning “Born to Run” into a campy European dance club hit.

True story: I once went to a castle in Austria that had horrific statutes of disfigured animals all over the place. According to the tour guide, the Archbishop of Salzberg who built the place in the early 1600s sought out deformed animals and mated them with other deformed animals, just to see what would happen. He’d then commission artists to make statues of the poor creatures for posterity. And just as a three-headed cow shouldn’t exist, neither should this album. 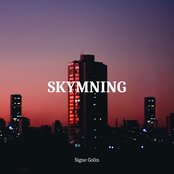