One of my favorite films is the 1984 “mockumentary” This Is Spinal Tap, which follows a failing English rock band on their final American tour.

But while the band is fictitious, many of the scenes in the film are said to be based on real-life events. The scene in which the band gets lost between their dressing rooms and the stage was based on something that allegedly happened to Yes (or, some say, Bob Dylan). Like Spinal Tap, Uriah Heep once played a gig on an air force base. The in-studio fight between Nigel and David was said to be inspired by an argument between members of The Troggs (hear the real-life, NSFW, argument on YouTube here).

One of the funniest moments in the film is the famous “Stonehenge scene”, in which Nigel (Christopher Guest) makes a sketch of a Stonehenge-inspired prop he wants to use on stage. Only thing is, he accidentally gives measurements in inches instead of feet. So when the prop appears on stage, it’s far less impressive than the band intended:

This was based on something that allegedly happened to Black Sabbath. So the story goes, the band’s manager, Don Arden, wanted similar Stonehenge-inspired props for the band’s stage show. There are two versions of what happened next: one is that he accidentally marked the measurements in meters instead of feet. The other is that he didn’t specify the units, and the contract was given to a French company that assumed the units were in meters. Either way, instead of a 15 foot tall replica of Stonehenge, the band ended up with a 15 meter tall replica –  around 45 feet – which was waaaayyyy too tall for most venues!

A huge oil reservoir was discovered in Wichita County back in 1912. Up to 20,000 people rushed to the boomtown, and many locals became rich, some almost overnight. The previously unremarkable town was hit with a severe shortage of office space, and many deals took place on city streets. What the town needed was a place for all this business to happen.

Enter a man named J.D. McMahon. Here’s a photo of him:

McMahon came to town and promised the people of Wichita Falls a beautiful new skyscraper that would rival anything in New York or Chicago. Naive investors lined up, and within a couple of weeks McMahon had collected $200,000 ($2.7m in 2014 dollars).

As you can see, it’s not quite something that would rival the Empire State Building or Willis Tower. It is, in fact, considerably shorter than Wichita Falls residents had expected. Investors filed suit against McMahon before construction had even finished.

The judge sided with McMahon, and here’s why: McMahon had never told anyone out loud how tall the building would be, and the blueprints every investor reviewed and approved clearly stated that the building was to be 480″ (inches) tall. Either no one noticed that, or folks simply assumed it was a typo and the actual building would be 480′ (feet) tall. Regardless, according to the judge a deal was a deal, and this one was legally binding.

Investors were able to get some of their money back from the elevator company. They explained the scam to the vendor, and the company backed out of the deal and refunded their money. This left a bit of a problem, though: because the building was supposed to have elevators, architects didn’t bother putting in stairs. For a while, ladders were used to go from floor to floor… although this actually wasn’t much of an issue: the building was such an embarrassment to locals that no one wanted to rent there. Throughout most of the 1920s only two firms rented space there. The Great Texas Oil Boom ended only a few years later, and the Great Depression came soon after. In 1931, the inside of the building was gutted by a fire. Retail shops came and went with alarming regularity, and the building itself changed hands several times.

A funny thing happened, though. Although some residents held the building in scorn and contempt for the rest of their lives, some took a shine to it. Back in the 20s, Ripley’s Believe It or Not! had called it “the World’s Littlest Skyscraper”, and the name stuck. Although slated for demolition several times, Wichita Falls residents protested, and eventually the property was given to the city. In 1986, the city gave it to the Wichita County Heritage Society, hoping they could restore the then-crumbling building. But the building was just too far gone for the WCHS’s meager budget. Again there was talk of demolition, but this time two local businesses got together and convinced the city to sell it to them for a mere $3,748. A storm damaged the building in 2003; the damage was repaired quickly, but a full restoration wasn’t done until 2005. The building is now an official  Texas Historic Landmark and is listed on the National Register of Historic Places.

As far as I can tell from a quick Google search, McMahon was never seen in north Texas again, and no one knows what happened to him. Presumably he lived the high life, at least for a time, with the town’s money. 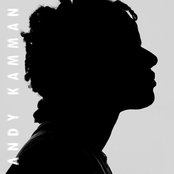 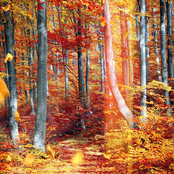 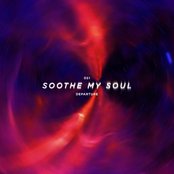