I own a cheap Android phone. Here’s why: I owned three Android phones before my current one. These phones cost between $179 and $299 each. And they were all pieces of junk. Random reboots, lock-ups, stock apps crashing… you name it. My carrier was nice enough to replace every single one of these phones at least once… they even replaced my third phone three times! But the phone kept locking up and rebooting several times a week.

I was nearly at my wit’s end. One day I noticed that my carrier had a $79.99 Android phone. I bought one out of sheer desperation, thinking I’d just use the crappy little phone until I could switch carriers or until my carrier updated their phone lineup, or something. But guess what? Aside from having a really subpar camera, this “crappy little phone” does almost everything I want an Android device to do, and it almost never locks up or reboots… and, unlike my previous three phones, this one easily lasts a whole day on a single charge!

Aside from the lackluster camera, my only other beef with the phone is that it comes with a meager 4GB of storage space total. And since Android itself takes up around 2GB of space, there’s only around 1.9GB of space to install my apps. It’s not as bad as it sounds, though. I’m not one of those people who would have 600 apps on his phone, even if I had the space. Most everything I actually need fits on the phone.

Except for you, Facebook. Facebook is an unholy monster of an app, eating up as much storage as you can throw at it. There were times I’d get “insufficient storage space” errors when updating apps, and sure enough Facebook would be taking up over 250MB of space. Hell, the app itself takes up around 75MB, which is a ridiculous amount of space for a mobile app, and that’s not even taking into account any data or cache!

To its credit, Facebook realizes this. But instead of, ya know, working to make their app smaller and more efficient, they chose to create an all-new app for developing markets like India and China, places where my phone would be middle-of-the-pack rather than low-end.

It’s called Facebook Lite. I’ve had the app on my phone for a couple of weeks now, and the app itself takes up just 1.72MB. The entire install – including data and cache – takes up less than 5MB on my phone!

If you can get past the dated look of the app, there’s a lot to like here. It’s sleek. It’s fast. And – this is a huge plus for me – Facebook messaging is included in the app. Maybe you’re one of the people who likes Facebook and Messenger as two separate apps. I’m not. I don’t use it enough to care, so having it all as one unified app works better for me.

Like all changes, not everything is roses and champagne. The UI is clunky (at best), and it might take a while to learn where everything is in the app. The app doesn’t seem to have a location feature, or if so, it’s badly broken. If you like “checking in” to places, you’ll have to make do with making a regular post then adding a location, which you have to search for manually. And I don’t know why this is, but Facebook Lite doesn’t seem to have any idea where I am. Sometimes I’ll check in at a local place, and Lite thinks I’m 10 miles away (no biggie), but other times it thinks I’m hundreds of miles away. If I search for the name of a place with my city’s name in it (say, “Charlotte Pub”), it’ll sometimes return hits for Charlotte, NC… but other times it’ll return Charlotte, Alaska or Charlotte, Virginia. There’s just no consistency there.

But the worst thing about Lite is that it’s unavailable in the United States. If you fire up Play on your phone and search for “Facebook Lite”, you’ll get zero results. You can find it on the desktop version of Play, but you’ll be told that it’s “not compatible with any of your devices”. That’s because you’re in the US or Europe. You’ll have to sideload the app. Which is fine for nerds, but if you don’t know what “sideloading” is, read this first. Then head over to APK Mirror and download the app to your device and install it. 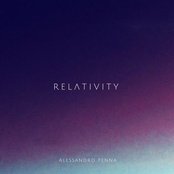 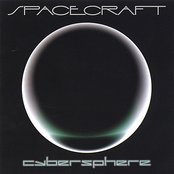