“What if I told you a dead car battery could jump start… itself?”

Jump starting a dead battery has always been a pain. For one thing, batteries can leak hydrogen and\or other dangerous gasses. The reason you’re supposed to connect the negative alligator clip to part of the car frame and not the battery itself is to prevent sparks, which could cause any leaking hydrogen to explode, which will ruin your day.

Even though car batteries are much safer than they were even 20-30 years ago, jump starting is still no fun. You have to rely on the kindness of strangers (or AAA) and also hope you’re parked in such a way that someone can reach your battery with cables (like a parking deck, if you have cars parked on either side).

That’s why people were excited a few years ago, when companies that make power banks – you know, the battery packs you use to charge your phone – came out with larger capacity packs that included a set of alligator clips so you could jump start a car all by yourself. That’s cool, but it introduces a new problem – the battery pack is just a battery, and it needs to be charged, too. So you have to remember to take the battery pack out of your trunk once a month or so and recharge it. Else, the pack might be useless when you need it most.

But what if you didn’t need a battery pack? What if your car’s battery could charge itself?

Capacitors are small, solid state devices that hold a charge, kind of like a small battery. Most electronic devices have them, to provide a steady supply of current to components; they’re also the reason you’re often told to power off a device, wait 30 seconds or a minute, then restart: capacitors can hold a charge for a brief time after a device has lost power – to fully power cycle the device, you need to make sure that the capacitors empty, too.

Capacitors have a few advantages – for one thing, they can recharge quickly – in typical consumer devices, they can go from empty to fully-charged in milliseconds. For another, they can release their charge just as quickly. Lastly, they can be charged and discharged hundreds of thousands of times… unlike a cell phone battery, which typically starts going downhill after a few years.

So… here’s the thing: most of the time, your car’s “dead” battery isn’t actually “dead”… it’s simply below the threshold needed to start the car. There’s plenty of power left in the dead battery, power enough to, say, charge a bunch of capacitors… which you could then use to jump start the car.

It’s dead simple to use – the actual starter is a largeish plastic box. You connect the red and black alligator clips to the respective terminals on the car battery, then connect the charger (a largish black box) to the starter using a keyed plug. Like most battery packs, there are lights on the charger to let you know you’ve connected everything correctly. You just press a button, wait anywhere from 30 seconds to a couple minutes, and once both lights turn green, you’re good to go! What’s more, the charger has additional inputs – you can charge it via another car’s cigarette lighter or via micro USB.

Here’s the Internet’s favorite mechanic Scotty Kilmer to explain it in detail:

But, like any device, the Autowit isn’t perfect. As Scotty says, the Autowit probably won’t work on very large engines, especially diesels. And if your battery is actually dead – as in, it’s just time to buy a new one – the Autowit might not work, where a traditional jump start might give you one last start so you can drive to the auto parts store. Also, the whole system is a bit bulky; it doesn’t come with any kind of case, despite having multiple parts. Perhaps the next generation of these won’t be quite so large.

Having said all that, I’ve had nothing but great experiences with the Autowit.

The missus and I have a “beater” car, and unfortunately it has a bad case of parasitic draw, where some device is using the battery while the car is off. So you have to start it at least once a week, or it won’t start at all. I’ve had to jump it three times since I got the Autowit, and it only takes around 90 seconds to charge the capacitors and start the car. But the main reason I bought one was because I accidentally left a door slightly ajar overnight in my Honda Odyssey, which meant the interior lights were on, which drained the battery. I’d planned to order the Autowit anyway because of the issue with the beater, but rather than call AAA for the van, I just ordered the Autowit from Amazon (remember when Amazon could deliver stuff overnight? That was nice!). I hooked the Autowit up to the van and two minutes later it started!

Yeah, the Autowit is a bit more expensive than most battery packs – I paid around $104 for it, versus around $70 for a battery pack I bought for my brother-in-law Christmas before last. But, given how well it works, and how it doesn’t need batteries, I think it’s worth it! 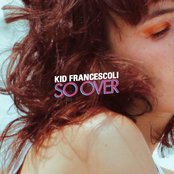 So Over
Kid Francescoli
16 mins 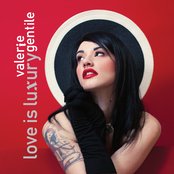 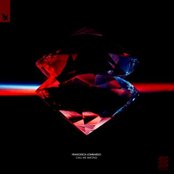 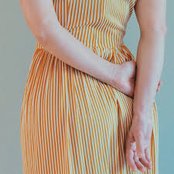