Alton Brown is the beloved host of Good Eats, one of the most popular shows on Food Network. His show is based on molecular gastronomy, which is the “application of scientific principles to culinary practices”. As a result, his show is usually half traditional cooking show and half Mr. Wizard’s World. People enjoy the show not only for its “wacky” style, but also because Mr. Brown teaches sound scientific principles that easily carry over to everyday cooking. For example, if Alton was making a spaghetti sauce, he’d show the scientific reasons why the aromatics needed to be added first, and why some form of alcohol needs to be added to the tomatoes to unlock alcohol-soluble flavors. Thus, even if you don’t use Alton’s exact recipe, you still learn how to make your own dishes properly. Which is good.

But there’s a lot you might not know about Mr. Brown and his show:

He changed careers midstream! One day, Alton Brown decided that the quality of American cooking shows was lacking. Having little cooking experience, Brown decided to enroll in the New England Culinary Institute. He also considered himself to be a poor student of math and science, so he also read a considerable amount on both subjects whilst enrolled at the cooking school. So while it wasn’t much of a leap to go from cameraman to cooking show host, he had to spend a considerable amount of time learning about the subject matter!

He’s a born-again Christian! Personally, I don’t have a problem with this… but it does seem slightly surprising. He and his family are members of the Johnson Ferry Baptist Church in Marietta, Georgia.

His “relatives” aren’t (usually) real. Alton’s “sister”, “nephew” and “brother” often appear on Good Eats; these people are simply actors. However, Alton’s real-life daughter Zoey has appeared as “Alton’s Spawn” in a number of episodes, and his real-life grandmother appeared in the episode known as “The Dough Also Rises”. Also, Vickie Eng (who plays the role of “W”, a spoof of “Q” from the James Bond films) is Brown’s real-life chiropractor. Also, most of the show’s “extras” are members of the show’s crew; although Brown’s wife is a producer on the show, she has never appeared on it. Lastly, “nutritional anthropologist” Deborah Duchon – a regular on the show – is a professor at my alma mater, Georgia State University.

Alton “pre-records” his speaking parts! Alton doesn’t like using cue cards or teleprompters, and the rapid camera movement of his show effectively prohibits using them anyway. But the show’s emphasis on science means that he often has to deal with exact numbers and processes. Rather than memorize a script, Alton pre-records his speaking parts. These are played back into an ear piece he wears when actually filming the show. This is where his occasionally stilted speaking style comes from.

His show has moved many times! For seasons 1-4, Good Eats was filmed in the real-life kitchen of Alton’s mother-in-law. In season 5, filming was moved to the real-life kitchen of the show’s line producer (Dana Popoff) and director of photography (Marion Laney). However, Popoff and Laney’s neighbors complained about all the disruption that filming caused, so an exact duplicate of their kitchen was built on a sound stage. Alton’s home kitchen was featured in just one episode (“Give Peas A Chance”).

He was accused of shoplifting! Good Eats often shoots inside grocery stores. For the first few seasons of the show, the show regularly filmed at a Kroger grocery store in Alpharetta, Georgia. However, eagle-eyed viewers might have noticed that Kroger suddenly stopped appearing on Good Eats, and instead filming took place at Publix, Whole Foods\Harry’s or local independent shops. This is because Kroger accused Alton of shoplifting on a personal trip to one of their stores. Apparently, he was working on a recipe for homemade yogurt, and needed to go to the grocery store to get some supplies. Upon entering the store, he spied some Krispy Kreme doughnut holes, which he put into his basket. Hunger got the best of him, so he opened the box and ate a few. All was well until he went to the soft drink aisle, where he got a six pack of Tab (I don’t get it, either). Because he had one of those hand baskets, he had to take everything out and rearrange it all to fit into the basket… only he forgot about the doughnut holes. At checkout, he was accosted by a member of Kroger’s staff, handcuffed, and threatened with arrest. Although Brown apologized profusely (and recognized that he had made a simple mistake), the Kroger security staff treated it like the caper of the century. They eventually let him go, but not before signing a “criminal trespass” warning, which told him never to set foot in a Kroger store again. But Alton probably wouldn’t have gone back anyway – as he said in a blog entry on his site, why couldn’t the Kroger staff simply said “Sir, you forgot your doughnut holes”? Read more about it at my post in the Ars Technica forum (Alton had the “blog” section of his site removed in a redesign, and Google’s cached version has since disappeared).

23 Replies to “What You Didn’t Know About… Alton Brown” 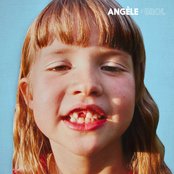