For almost four years now, the folks over at Neowin have offered an awesome free utility called Autopatcher. In a nutshell, it was a program that installed all the latest patches and updates from Microsoft.So if you wiped your hard drive and reinstalled Windows from scratch, Autopatcher allowed you to install all the available updates from a CD, rather than having to download them directly from Microsoft. On a brand new system, this could save you lots of time, and Autopatcher was especially handy when you were reinstalling Windows at a friend’s house that was still on dial-up.

Sadly, Microsoft put the kibosh on the whole thing this week. Of course, it’s not entirely unexpected that Microsoft would want to protect its intellectual property; indeed, as far as copyright law goes, MS might have be forced to put the DMCA on Autopatcher. But the mystery is why Microsoft let this project go on for almost four years before shutting it down. Officially, Microsoft has said that Autopatcher was pulled because there was the possibility of malware being shipped with Autopatcher’s updates. Conspiracy theorists think it might have to do with Autopatcher allowing users to install patches with Windows Genuine Advantage. In any case, Autopatcher’s gone.

Hey Microsoft – why don’t you do something that will, you know, actually help your customers. You could whip up something like Autopatcher in what… a day? As someone that often has to reinstall Windows on crappy old computers, Autopatcher was a godsend for me.. why can you man up and make your own version??? 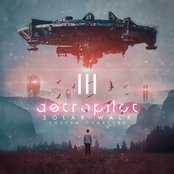