For years, Microsoft has offered several tools to system administrators and power users that make Windows XP easier to install. “Slipstreaming”, for example, lets a system administrator apply a service pack to XP’s installation media. So if your company’s IT guy has a Windows XP installation CD with SP1 integrated to it, he can “slipstream” SP2 into the SP1 files. So the next time he installs XP on a computer, it will already have SP2 installed. “Automated installation” is another tool that Microsoft offers. With this, the administrator or power user creates a text file called an “answer file” that has all of the “answers” to questions XP setup asks. So you can enter your CD key, user name and password, time zone, network setup information, etc. into the text file, and XP setup won’t ask you for them when its doing its thing.

The only drawback to these tools is that they’re just not very user-friendly. Slipstreaming is pretty easy to do, but Microsoft doesn’t provide a GUI tool to do it, and the instructions on Microsoft’s web site are pretty spartan. On the other hand, MS provides tons of information about automated installations, but it’s almost overwhelming at first. It’s really easy to skip a step or put some data in the wrong place and end up with a screwed-up installation disc.

Thankfully, the Windows user community has come through again, this time with a tool called nLite. nLite combines many of Microsoft’s automation tools into one handy GUI tool. nLite can slipstream service packs to an installation disc; add hotfixes, patches, or upgraded components to the installation disc; remove most components and\or services from the installation; run batch files after XP setup is finished; and tweak various aspects and behaviors of XP’s user interface (a-la Tweak UI).

I’ve used nLite before, back when it first came out and wasn’t very stable or user-friendly. Recently, though, I decided to check it out again… and boy is it cool!

I took a disc image of the XP SP1 disc and mounted it via Alcohol 52%. nLite then copied the CD from my virtual CD-Rom drive to a folder of my choosing, then asked if I wanted to slipstream SP2 into the new CD. I clicked yes, and pointed nLite to the SP2 installation file. nLite then automatically slipstreamed the media, then moved on to adding hotfixes. I added IE 7’s install file to the mix, then moved on to adding drivers for my NIC, Promise Ultra 133TX card, and Turtle Beach Santa Cruz soundcard to the disc. I then had a ball tweaking the “fun stuff”: removing “Shortcut To…” from shortcuts, removing the arrow from shortcuts, adding the patched UXTHEME.DLL file… all the things that get geek blood going. One of my favorite nLite features is its ability to import desktop themes from the existing computer and add them to the installation CD (and even make one of them the default, if desired). After I was done playing, nLite created a bootable ISO file that was ready to be burned to CD (you may opt instead to have nLite burn the files to a CD directly; I recommend that you skip this until you’re familiar with nLite).

I took the ISO file and fired it up in a virtual machine. XP setup loaded… did its thing… and then rebooted into a perfect setup. The annoying OOBE – “Out Of Box Experience”; the whole “Let’s set up your computer!” bit at first boot) was gone, the “VistaXP” theme I love so much was the default, IE 7 was already installed, the network card was already set up for my domain, Automatic Updates were enabled and began downloading almost immediately, all of the UI tweaks I enabled were working… and everything!

nLite shaved massive amounts of time off the install… and it can do the same for you, too! Check nLite out today! 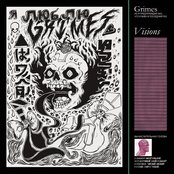