Have you ever seen misinformation being spread over the Internet? The same incorrect story gets repeated over and over again, and there’s little you can do about it. Oh sure, you can “reply to all” when someone sends you one of those “Bill Gates will give you $500 for forwarding this email!” emails… but when you see blogs and “reputable” websites repeat the same false story all the time, there’s not much you can do… other than get your own website and try to set the story straight. This is what I want to do with the song “Jet Boy, Jet Girl”. There’s so much misinformation out there about this song, and the truth of it needs to be set free.

“Jey Boy, Jet Girl” is a song about a 15 year-old boy who has a sexual relationship with an older  boy, who then rejects him for a girl. It was originally released in October 1977 by a “band” called Elton Motello. I put “band” in quotes because the “band” was actually a bunch of session musicians and singer and songwriter Alan Ward, who also used “Elton Motello” as his stage name. Anyway, the song was a minor hit in the UK, but became much more famous after it was covered by the punk band The Damned. If you are familiar with the song at all, it is probably The Damned’s version that you know and (perhaps) love.

Shortly after the song was released in the UK, Belgian songwriter Roger Marie Francois Jouret hired Ward’s session musicians and formed a “band” called Plastic Bertram (like Ward, Jouret used his band name as his stage name). The musicians from Ward’s single played the same song as Bertrand sang some nonsense lyrics written by fellow Belgian Lou Deprijck (the song was deemed “too controversial” by RKM Publishing, the song’s producer, hence the “nonsense lyrics”). The result was “Ça plane pour moi”, a song that became an international hit. In the United States, “Ça plane pour moi” has been used in countless movies, most notably Eurotrip and National Lampoon’s European Vacation, as well as commercials (most notably, a recent campaign for Pepsi).

Here’s what you need to take away from this article:

Consider the wrongs to be righted. Tomorrow: McDonald’s apple pies! 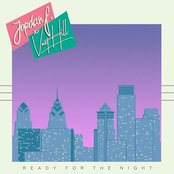