“Muphry’s Law” states that “if you write anything criticizing editing or proofreading, there will be a fault of some kind in what you have written”. It is, of course, based on Murphy’s Law. It’s also known as Merphy’s Law, Skitt’s Law, Hartman’s Law of Prescriptivist Retaliation, The Law of Prescriptive Retaliation, Bell’s First Law of Usenet, Tober’s lor, Gaudere’s Law, Naruki’s Law and Greenrd’s Law.

I bring this up because I was going through my archive of World Wide Words RRS feeds yesterday when I found a dilly of an example of Muphry’s Law.

On July 8th, Stephen J. Dubner posted this article entitled “Dept. of Oops” on the New York Times Freakonomics Blog. In it, Dubner discusses the inevitable typographical errors that pop up in publications, especially online ones. His first example is this:

The Economist is, almost inarguably, a great magazine.

That doesn’t mean it doesn’t make the occasional mistake. Consider this lead from a recent article about a huge Mexican mining company called Fresnillo, which was recently listed on the London Stock Exchange:

In the hills north east of Mexico City it is not uncommon to find Cornish pasties for sale.

They meant to write “pastries” but, considering that miners work really hard, they might also be hoping to encounter the kind of people who go shopping for pasties.

Ummmm, no. As the majority of the 88 comments left for the article have pointed out, Cornish Pasties are a very real food. They’re a type of handheld pie that originated with tin miners in Cornwall, England… hence “Cornish”. They are usually filled with diced meat, sliced potato and onion, although sweet varieties do exist as well. In fact, the miners would sometimes get a pie that was “half and half”: beef and potato on one side for lunch, the other side filled with jam or apples for dessert!

The good folks at The Economist were apparently amused by Dubner’s error, as they went him a genuine Cornish pasty so he could taste the deliciousness himself. 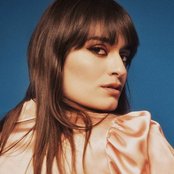 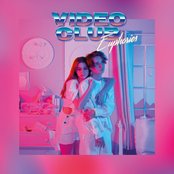