The final AP Top 25 poll of the regular season is out… and just look at the standings!

The final score from Athens:

So then it’s up with the White and Gold
Down with the Red and the Black
Georgia Tech is out for a victory
We’ll drop our battle axe on Georgia’s head
When we meet her our team will surely beat her
Down on old Georgia’s farm there’ll be no sound
When our bow wows rip through the air
When the battle is over Georgia’s team will be found
With the Yellow Jackets swarming around.

Enjoy a couple of pictures:

Oh, if I had a daughter, sir, I’d dress her in white and gold,
And put her on the campus to cheer the brave and bold.
But if I had a son, sir, I’ll tell you what he’d do–
He would yell: ‘TO HELL WITH GEORGIA!’ Like his daddy used to do.

Oh, I wish I had a barrel of rum, and sugar three thousand pounds
A college bell to put it in, And a clapper to stir it round.
I’d drink to all the good fellows, who come from far and near.
I’m a Ramblin’, Gamblin’, HELL OF AN ENGINEER!

There, I said it: I love Katy Perry. Although it might come as a disappointment to my fans and friends, it probably doesn’t come as much of a surprise. Katy is cute and sassy. She has her own “kooky” style that reminds me of the girls that worked at Junkman’s Daughter in the 80s (or maybe Zooey Dechanel). She easily wins the “Nicest Rack In Pop Music Since Jewel” award, and (most importantly), she’s brought back good old fashioned, God-fearin’ pop music. Seriously. I challenge anyone to listen to “Hot ‘N Cold” and not think it’s the most infectious piece of pop music since Chumbawumba’s “Tubthumping” (and it’s far less annoying, too!). I even like the “Hot ‘N Cold” music video, something I haven’t been able to say about a song for ten years!

Oh, did I mention that she’s cute?

END_OF_DOCUMENT_TOKEN_TO_BE_REPLACED

In this post, I talked about how I used to make a lot of homemade pizza. Just to show you that I wasn’t making it up, here’s a picture of some pizzas I made a couple of weeks ago:

On the left, you have a standard pizza with red sauce and onions: Lisa’s favorite! On the right, you have a pizza with white clam sauce, Parmesan and Mozzarella! It was absolutely delicious!

Above you’ll see a homemade apple crumble with Bird’s custard on top. How British is that? Unfortunately, I totally spaced on taking a picture when the crumble was fresh out of the oven, so this picture is of some microwaved leftovers from a couple of days later.

My fascination with cute little French girls singing chanson continues. First there was Alizée Jacotey and her brand of French electro-pop. Then there was Mylène Farmer, the French Canadian pop star that discovered Alizée and put her on the map. Then there was Carla Bruni, the first singer I encountered that sang something resembling actual chanson. And now there’s Coralie Clément.

Born in Villefranche-sur-Saône, France in 1982, Clément comes from a long line of musicians. Her father is a professional clarinetist who also plays a mean violin. Her brother is also a singer, songwriter, and record producer. So she has the background… but she also has the looks:

What man can resist the “lip biting” pose? And her name is Coralie! How sweet is that?

Have a listen to “L’effet Jokari”, the lead track from her new album Toystore, and tell me what you think!

Remember the band Manic Street Preachers? Although this Welsh act were mighty popular in the UK, most Americans probably remember them as a “here today, gone tomorrow” act from college radio. Their rhythm guitarist and co-lyricist, Richey Edwards, disappeared back in 1995. According to Wikipedia,

Edwards disappeared on 1 February 1995, on the day that he and [a band member] were due to fly to the U.S. on a promotional tour. In the two weeks before his disappearance, Edwards withdrew £200 a day from his bank account, which totalled £2800 by February 1. He checked out of the Embassy Hotel in Bayswater Road, London at seven in the morning, and it has been proven that he then drove to his apartment in Cardiff, Wales. In the two weeks that followed he was apparently spotted in the Newport passport office, and the Newport bus station. On 7 February, Anthony Hatherhall, a taxi driver from Newport, supposedly picked up Edwards from the King’s Hotel in Newport, and drove him around the valleys, including Blackwood (Edwards’ home as a child). The passenger got off at the Severn View service station and paid the £68 fare in cash.

END_OF_DOCUMENT_TOKEN_TO_BE_REPLACED

Have a HAPPY THANKSGIVING, everyone!

I finally entered the 21st century and have added ShareThis to my site! ShareThis allows you to share a post or page with your friends via Digg, Reddit, Facebook, MySpace, del.icio.us, Technocrati, Google Bookmarks, Yahoo Bookmarks, Windows Live, and several other social networking and online bookmarking sites, in addition to email, AIM, text message.. and more!

To use the service, simply click the ShareThis button at the end of each post or page.

Another interesting factoid from the linked Engadget article: music sales continue to decline. Back in 1999, record labels took in $14.6 billion; this year, it’s estimated that they’ll take in $10.1 billion.

Although a collapsing economy surely takes a lot of credit for the tumble, a large part of the decline is also due not to OMG TEH P!RATES!!1!!1!, but instead to single track sales at stores like iTunes and Amazon MP3. This, and not piracy, is one of the main reasons that the record labels fought music downloads in the first place: they’d much rather sell 2 million copies of Britney Spears latest crappy CD at 11.99 each ($23.98 million) than 10 million downloads of her latest single ($9.9 million). Of course, I’m using retail numbers instead of wholesale numbers in this example, but the overall drop in revenue would remain the same.

I like bashing the Charlotte Bobcats on this site. It’s true that I didn’t live here during the brouhaha over the new arena, but Lisa was vehemently opposed to it, as were most of her friends and coworkers. So their “Screw the Bobcats!” attitude has rubbed off on me. To this very day, I have only seen someone wearing a Bobcats shirt or sweatshirt twice; while it’s common to see people wearing Panthers or Tar Heels shirts to the store or mall, you’ll never see a Bobcats shirt. And besides, the Bobcats suck: only the 1-10 Washington Bullets (I refuse to call them “Wizards”) are doing worse. Also, it seems like any time the Bobcats front office had a decision that would either make them “heroes” or “zeroes” in this city, management went out of its way to piss off Charlotteans. So here’s a fun Bobcats bash for you:

I joined Facebook a couple of months ago and quickly found out about Facebook’s “gift system”. Basically, anyone can create a “gift application”, in which you upload pictures of products, celebrities, drinks, etc. to the Facebook site. You then caption each pic and pick an order for them to be revealed to end users. Once someone sends another user a “gift”, more of your “gifts” are unlocked to them.

Well, I thought it was kind of fun, so I created my own gift application: “Gifts From Charlotte”. I filled it with Cheerwine, fried chicken from Price’s Chicken Coop, ice cream from Tony’s, fried pickles from The Penguin, and other Charlotte treats. Imagine my surprise when I searched for it in the Facebook directory the other day and noticed this:

The “Charlotte Bobcats Fans” group is the largest Bobcats group on Facebook. It has 310 active users. There are a couple of other Bobcats apps; as you can see, they have 3 members here and 5 members there. All told, the Bobcats have around 320 active fans on Facebook.

My silly “Gifts From Charlotte” app… the thing I threw together on a whim one day… has 1,108 monthly users – which is almost 3.5 times as many fans as the lowly Bobcats. The UNCC 49ers fan app (the first entry listed above) has 1,490 members. So UNCC – a local college that has a respectable, if unspectacular, basketball team – has 4.6 times as many fans as and NBA team!

Lord, the Bobcats are sad! 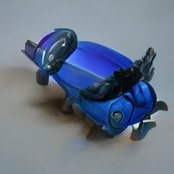 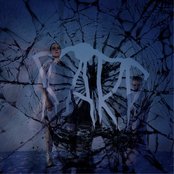 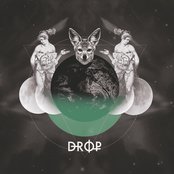