The new season of Mad Men is still several months away, but I thought I’d take a few minutes and post some pictures of the lovely ladies of the show. To be honest, I accidentally stumbled across the first picture of Elizabeth Moss and was blown away! She’s so… “mousy” on the show, but this picture is just stunning!

Elizabeth plays Peggy Olsen, an ambitious young woman determined to break the glass ceiling at Sterling Cooper. In the first episode of the show, we see her starting at the agency as secretary; by the end of the second season Peggy has become a junior copywriter. Peggy slept with one of her coworkers and became pregnant as a result; she gave the child up for adoption, something the father only found out about in the season 2 finale.

Christina plays Joan Holloway, Sterling Cooper’s office manager. Joan keeps all he “office girls” in line, and although the male executives don’t see her as an “equal”, they respect Joan for her ability to get things done around the office. Joan once had an affair with Roger Sterling, one of the senior partners at Sterling Cooper, but is now engaged to a doctor… that date-raped her towards the end of season 2.

January plays Betty Draper, the wife of the show’s protagonist, Don Draper. Betty is incredibly insecure because of Don’s sexual abandonment of her. She gets a measure of revenge by throwing Don out of the house for having a blatant affair, then sleeping with a stranger at the end of season 2. She lets Don come home once she finds out that she’s pregnant with the couple’s third child. 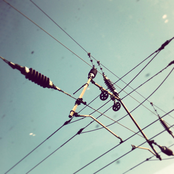