For over a century, people believed that Vincent Van Gogh cut his own ear off with a razor. This, however, might not be true. According to a new book entitled Van Gogh’s Ear: Paul Gauguin and the Pact of Silence, the artist actually lost his ear in a fight with fellow artist Paul Gauguin outside a brothel.

The book – based on ten years of research by German academics Hans Kaufmann and Rita Wildegans – doesn’t say whether Gauguin, a talented fencer, actually meant to cut off Van Gogh’s ear, or whether it was an accident. Although the book is based on witness statements and other evidence, Kaufmann says that the book is as much about debunking the “official” story as it is about presenting the “new” story. 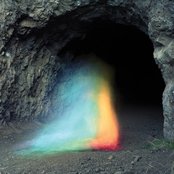