Doug Fieger, lead singer of The Knack (of “My Sharona” fame) has died. He was 57:

Doug Fieger was made to be a rock star.

With a keen musical ear and an early love of the stage, Fieger was a student at Oak Park’s Clinton Junior High when he started his first professional band — launching the path that would ultimately lead him to the top of the pop charts.

Fieger, best known as the founding vocalist-guitarist of the Knack, died this morning at home in Woodland Hills, Calif., after a six-year battle with cancer. He was 57. 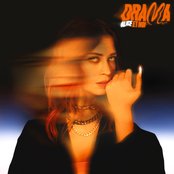