Katy Perry – Teenage Dream – I think it’s incredibly amusing to hear people of my age criticize Katy Perry… using the same exact arguments our parents tried to use against us with Madonna back in 1985. Let’s face it folks, Perry is cute and quirky, has a body that just won’t quit, and puts out solid pop hits. And, unlike many of her contemporaries, Perry actually writes most of her own stuff. So you go girl – ignore the haters!

A Sunny Day in Glasgow – Autumn, Again – Kind of a late-era, poppy Cocteau Twins for the 2010s, this album is really quite good. I expect to soon hear one of the songs off this disc on one of those TV shows with a “hip” soundtrack, like Chuck or Grey’s Anatomy. And how can you not like an album with songs titles like “This Assclown Eats Ambien OR Nobody Likes You” and “Drink Drank Drunk”?

Sleigh Bells – Treats – Not every “chick band” I listen to sounds like Au Revoir Simone! Brooklyn-based Sleigh Bells might have a female lead singer, but their sound is all about loud guitars and metallic sound effects. Their debut album doesn’t have “balls” exactly, but it’s certainly not a “let’s sit around and talk about our feelings” kind of disc, either. Lisa thinks they’re a bit obnoxious, so I don’t get to listen to the in the car very often.

One Night Only – One Night Only – You know how The Killers have that “inspired by the 80s” sound? Crank that up to 11 with these guys. I’m convinced that you dropped this album’s lead track – “Say You Don’t Want It” – into the playlist at an 80s club or 80s radio show, few would notice it as out of place. I was actually surprised by how much I liked this album – it’s rock-solid pop music, folks!

Devo – Something for Everybody – Devo wasn’t my favorite band back in the early 80s. I mean, sure, I liked them as much as the next guy, but they were on the radio so often and I had so many friends who had their albums that I just didn’t feel obligated to buy them myself. And then I didn’t think about Devo for a long time, aside from occasionally putting them on retro playlists. But then I met a couple here in Charlotte who are HUGE Devo fans, so much so that their “Devo love” is infectious. I got this album as soon as it came out… and I really like it. It sounds just like the Devo I remember, only updated just a touch, and with lyrics relevant to today (“Don’t tase me, bro!”). I suppose it’s better late than never that I rediscovered them, huh?

The Thermals – Personal Life – I dunno why I like this band so much… especially since they’re from Portland, Oregon (ewww! – East Coast for life, yo!). I took a shine to them with their previous disc, Now We Can See, and really started liking them with this album. It’s just indie pop-punk stuff, but it sticks with me. And the fact that Lisa’s asked me who the band is three times when listening to them on the iPod in the car tells me that I’m on to something (she wouldn’t have asked that often if she didn’t like it).

This is just a short list of some of the other 2010 albums I liked that didn’t make the cut. I’m sure that I’m forgetting a few, so don’t send me emails if I’ve forgotten one! 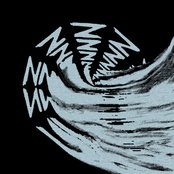