Hi Everyone! It’s that time again… time for me to sit in my office chair and assume my Andy Rooney persona. I’m only 41 years old, but I’m gonna be all like “why do kids today like Taylor Swift so much?” and “remember when Cops was the only reality show on TV?”. But in today’s episode I’m going to talk about… food. Read the following, but try to use Andy Rooney’s voice in your head when you do so:

I don’t much care for baked beans. It’s not that I don’t like the taste – they taste just fine. It’s just that I’ve had them a million times. Every cook-out you go to, every family get-together you’re forced to suffer through, every barbecue place – from Valdosta, Georgia, north to Richmond, Virginia and west to San Antonio – has baked beans. And yes, Big John’s beans were still baked beans… but with a delicious twist. You see the picture? Big John’s Beans actually came in two cans: one large can with the beans, and another, smaller can taped to the other which had the “fixin’s”. You opened both cans, dumped the beans into a pot, then added the fixin’s. You’d stir well and heat ’em through. They were so tasty, those beans. Gosh, I wish ConAgra hadn’t discontinued these a few years ago. Bush’s Grillin’ Beans aren’t nearly the same thing. Not at all. THERE, INTERNET.. I SAID IT! Thankfully, Big John’s has something of a cult following on the Internet, and there are tons of “copy cat” recipes out there (here’s one that looks pretty good).

Oh, I know what you’re thinking… “but they still make Cookies and Cream Pop Tarts! Isn’t that the same thing?” No, they’re not the same. Not at all. In fact, hell no. The Cookies and Cream Pop Tarts are a fine product, no doubt. But they taste like… well, whatever the hell “cookies and cream” flavor actually is. Chocolate Vanilla Pop Tarts were exactly what they said on the tin: chocolate pastry with vanilla filling inside. The pastry part, despite being chocolate, wasn’t all that sweet. It was more of a “cocoa flavor”, which was good, because the preternaturally sweet vanilla was all the sugar you needed. I used to keep a box of these bad boys on hand at all times – one two-pack of these and an ice cold Diet Coke were my go-to breakfast for years. So thanks a hell of a lot for ruining that, Kellogg’s!

I think a lot about the duality of man. Light and Dark. Good and Evil. Pleasure and Pain. And I think it all started with IHOP. When I was a young man, I’d go to IHOP and every single time I’d struggle over whether to get chocolate chip pancakes or potato pancakes. Chocolate chip or potato? Chocolate chip or potato? Chocolate chip or potato? I’d deliberate over it as if the fate of the whole world depended on it. Remember the scene in Indiana Jones and the Last Crusade where Indy has to pick the right chalice? This was worse. Hell, I put more deliberation into one instance of chocolate chip vs. potato pancakes than I did in deciding what university I went to or the last car I bought. Chocolate chip had the sweet, but potato brought the savory. And potato pancakes came with an additional decision: apple sauce or sour cream on the side? Me, I was a traditionalist, going with sour cream. I had some vague notion of European sophistication in doing so, as if people in Austria were making the exact same choice at that exact same moment: “mit Sauerrahm, bitte“. There were a few times when I went down the apple sauce path, but always felt like an old geezer in doing so, like I should ask the waitress to turn the TV to Matlock and tell those damn teenagers at the other table to pipe down, ‘cos I didn’t storm the beach at Normandy so some punk-ass kids could shout over Andy Griffith. So I guess in a way I should be thankful that some damn bean counter at IHOP decided to get rid of the potato pancakes. It’s taken one of life’s most difficult decisions away from me. But dammit, I liked having to make that decision. And I liked having an old school dish like potato pancakes around, instead of the “Tuscan Chicken Griller” or “Spinach, Roasted Red Pepper & Cheese Griddle Melt” or whatever new slightly trendy crap IHOP serves these days. YOU BASTARDS!

8 Replies to “Foods They Need to Bring Back” 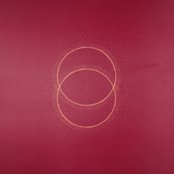 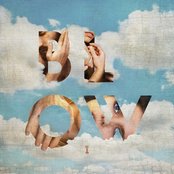 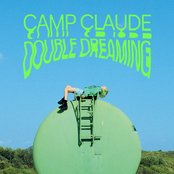 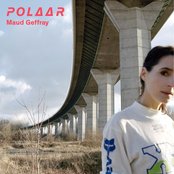 In Your Eyes
Maud Geffray
2 hours