If all that wasn’t enough, Vulcan Point is actually a cone of the Taal Volcano, which is active. Which makes Vulcan Point the world’s largest volcano in a lake (Main Crater Lake) on a volcano (Taal Volcano).

Located in Canada’s extreme north, Victoria Island is the eighth largest island in the world – 83,896.5 square miles, about the size of Idaho, which is 83,570 square miles (or 217,291 km2 vs. 216,632 km2 for our metric friends). And here’s the amazing thing: it’s likely that no human being has ever set foot on the island! As of 2009, the population of Victoria Island is 1,875 people, and there are no settlements anywhere near the unnamed island.

One Reply to “Recursion” 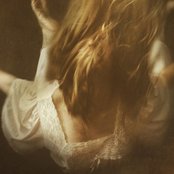