TRUE STORY: Georgia Tech won the college football national championship in 1928, but in the following years the team struggled. Head coach William Alexander decided that he needed a new assistant to “shake things up”. In 1930, Alexander asked his line coach, Mac Tharpe, to drive to Knoxville to watch the game between Tennessee and Tech’s next opponent, North Carolina. Fate then intervened: Tharpe’s car broke down on the way to the game. It was an easy repair, and Tharpe was on the road again in a couple of hours. But by the time he got there the game was over, so there was nothing for him to see. Not wanting to return to Atlanta empty-handed, Tharpe sought out Tennessee coach Bob Neyland for his thoughts about the Tar Heels. Neyland suggested that Tharpe talk to one if his assistants, a guy named Bobby Dodd. Tharpe was so impressed with Dodd’s analysis that he raved about him to Alexander. Alexander had heard other good things about Dodd, and decided to hire him. And so Bobby Dodd became an official member of Tech’s staff on December 28, 1930.

Dodd would, of course, eventually become head coach, racking up a regular season record of 165–64–8 and a bowl record of 9-4, including three wins in the Sugar Bowl, two in the Orange Bowl and one in the Cotton Bowl. Under his leadership, Tech won a national championship and two SEC championships.

Which is interesting. Georgia Tech won five SEC football championships over the years, which is more than half the current SEC schools combined. Arkansas, Missouri, South Carolina, Texas A&M and Vanderbilt have never won an SEC championship, while Mississippi State has won one and Kentucky has won two. Tech is only one SEC championship short of Ole Miss, who won their sixth (and, so far, last) SEC title in 1963.

But why did Tech leave the SEC anyway? Why did the school play as a football independent from 1964 to 1978, when it joined the ACC?

Part of it was a personal feud between Dodd and Alabama coach Bear Bryant. In 1961, Tech traveled to Legion Field in Birmingham to play the Crimson Tide. At one point in the game, Tech had to punt the ball to Alabama. After the Alabama receiver had signaled for a fair catch (but possibly before the referee blew his whistle), an Alabama player named Darwin Holt launched himself at Tech player Chick Graning, viciously hitting him underneath his face mask. Graning had five teeth knocked out, and suffered fractures of the alveolar process (facial bones),  the right zygomatic process (bone beneath the right eye), the right maxillary sinus, and had several other facial bones broken. He was knocked unconscious and suffered a serious cerebral concussion and (possibly) a fracture at the base of his skull. Graning was a very popular student at Tech, and Sports Illustrated said that he was “basically too gentle to be a truly great football player”. No need to worry: after Holt’s hit, Graning never played football again.

Dodd (and everyone else on the team, and all the Tech fans in the stadium, and faculty back in Atlanta, and alumni everywhere) thought Holt had committed a cheap shot that he should have, at the very least, been penalized for. After all, everyone involved – even Alabama’s players and local media – agreed that the hit had come after the fair catch had been called for, which effectively ended the play.

When he got back to Atlanta, Dodd watched film of the game, and became convinced beyond any doubt that Holt had deliberately attacked Graning, and had, in fact, gone out of his way to do so. He wrote an “official” letter to Bryant, demanding that Bryant suspend Holt. Bryant refused, which earned Dodd’s unending ire.

But this kind of brutality was only part of it. And even bigger part involved something called the 140 rule. This was a Southeastern Conference rule which stated that member schools could only have 140 players on scholarships across all sports. Of course, football takes up most of these scholarships, but basketball and baseball take up plenty too, not to mention other sports like golf and tennis.

What was happening was that other SEC schools were oversigning athletes, offering players places when no scholarship was actually available. Part of this was to cover their own recruiting mistakes: if a school like Alabama couldn’t decide on which running back they wanted, they’d try several out and cut the ones they didn’t like. But there was also a darker side to it. If one school (like, say Alabama) knew that another school (like, say Georgia) was going after a certain player, Alabama would recruit that player, promising him anything he wanted, like being able to start immediately. Alabama would then hang on to the player after Signing Day, then release him. So not only could the player not go to Georgia, he’d lost his scholarship to Alabama, too.

Dodd was an incredibly competitive coach, but not one who wanted to win at any cost. He was known for putting the well-being of his players first. Unlike other coaches – who ran their training camps like the Bataan Death March – Dodd was more about players “playing smart” than being physical. And, unlike other SEC coaches, Dodd realized that the most important part of college football was the college part – getting an education. He thought that 140 Rule abuses were inherently unfair to players. He said that “it is not the recruit’s fault for not making the squad, it was the coaches fault for misjudging their talents”. So where Alabama, Georgia and Florida would happily offer a player a scholarship, then take it back, Dodd never once took back a football scholarship, even if the player ended up not making the team.

Dodd proposed scrapping the 140 Rule and limiting the total number of football scholarships to 32 per school. He put the measure before the SEC, making it clear that Tech would leave the SEC if the vote failed. The previous winter Dodd had made the same proposal. Alabama coach Bear Bryant had supported the measure, but University of Alabama president Frank Anthony Rose switched the school’s vote at the last minute, the vote ending in a 6-6 tie, and a loss for Dodd.

This time, in late January 1964, the stakes were higher. Various compromises were proposed. Alabama president Rose was quoted as saying that “[t]he presidents have been meeting all day, and we’re going to meet again tonight. I think we’re going to have a compromise that will keep Georgia Tech with us. We’re trying to work it out. I don’t think anyone wants Tech to leave the Southeastern Conference”. But despite their best efforts, the vote to scrap the 140 Rule failed. Immediately after the vote, Tech president Edwin D. Harrison took the podium and announced that Georgia Tech would be leaving the SEC, effective June 30, 1964.

Some – especially fans of schools in Athens and Tuscaloosa – will say that the real reason Tech left the SEC is because the school could “no longer compete in the SEC”. That may or may not be true today, but it certainly wasn’t the case in 1964. From 1951 to 1963, Tech football was 7-2-2 against Florida, 6-3-1 against Tennessee, 6-6-1 against Auburn, 7-6 against Alabama and 9-4 against the University [sic] of Georgia. Sounds pretty “competitive” to me.

Of course, while Dodd did think that his players were men and not just cogs in the great college football machine, he wasn’t entirely selfless with his proposals to end the 140 Rule. Dodd was sick of sharing TV revenue with other SEC schools. He saw how much money big independent schools like Notre Dame and Penn State were raking in, and he wanted some of that for himself. What’s more, Dodd had ruffled quite a few feathers over the years. Although Auburn, Florida and (believe it or not) Georgia desperately wanted Tech to stay in the SEC, others were sick of his “whining” about the 140 Rule and felt that Dodd was just using it as his excuse to leave the league on his own terms. Some also saw Dodd as an elitist who refused to play the westernmost SEC teams at all, and accused him of “cherry picking” his five yearly games against the SEC’s eastern schools.

The funny thing about it is, 47 years later the SEC is still arguing about oversigning. This website (whose most recent post is from August 2011) details all the oversigning issues still plaguing the SEC today (and they have quite a few articles about Dodd here).

If you’d like to read more about Tech’s departure from the SEC, this article is about as in-depth as you could want, and despite being from the online edition of Tech’s alumni magazine it’s  surprisingly objective, too.

One Reply to “Georgia Tech and the SEC” 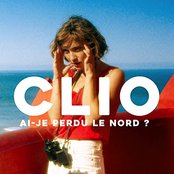 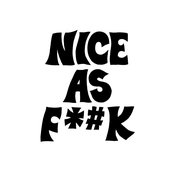