The sixth season of Underbelly, the Australian true-crime series that drew occasional comparisons to The Sopranos and The Wire, ended on Sunday. And it’s likely gone forever.

Part of it is due to falling ratings. The first series – 2008’s Underbelly, about a gangland war in Melbourne from 1995–2004 – was intended as a one-off mini-series. But the series got massive ratings: each episode averaged 1.26 million viewers, which is especially impressive considering that the series was banned in Victoria, Australia’s second most populous state, because several of the real-life criminals featured in the series still had cases pending in the courts.

Underbelly was such a ratings blockbuster that the Nine Network commissioned Underbelly: A Tale of Two Cities (about the start of the wholesale heroin trade from 1976-1987) in 2009. This time the whole of Australia got to watch, and the series averaged a staggering 2.159 million viewers per episode.

The series recovered somewhat with 2011’s Underbelly: Razor, which was set in the 1920s and featured two of Sydney’s most notorious gangsters… who just happened to be women. The premiere episode was the highest-rated drama in Australian history, with 2.79 million viewers (the population of Australia is around 22 million, so well over 10% of the entire country watched that episode). But ratings fell thereafter, averaging 1.546 million per episode. The series was the most critically-acclaimed of the show’s run, but seemed to divide among demographic lines: viewers under 25 really didn’t care for the “old-timey setting”, while older viewers loved it.

The penultimate series, 2012’s Underbelly: Badness (about the 11 year quest to take down drug lord Anthony “Rooster” Perish), was fine in a technical sense, but felt somewhat stale and forced. It was the first Underbelly series to have only 8 episodes instead of 13, and on average only 1.05 million viewers tuned in.

Trying to capture some of Razor’s magic, producers went back to the 1920s for the (presumably final) series, Underbelly: Squizzy, about the life of Melbourne gangster Joseph “Squizzy” Taylor. While the premiere generated a healthy 1.68 million viewers, ratings for subsequent episodes were awful, averaging a mere 737,000 viewers per episode. And for good reason: as great as the first seasons of this series were, Squizzy really felt like it was scraping the bottom of the creative barrel. This season was a commercial and critical failure.

But it’s not just the falling ratings. It’s about taxes, too. Screen Australia, the Australian federal government’s funding body for TV and film, limits the number of episodes it will fund (and\or give tax breaks to) to 65 episodes. Their reasoning is that if a show is popular enough to air 65 episodes, it should be good enough to make money on its own without the help of the Australian taxpayer. Which makes sense. And the final episode of Squizzy put the total number of Underbelly episodes at 68, which is obviously over Screen Australia’s limit. With no more tax breaks, Underbelly – with its massive casts and sets and costumes – simply wasn’t profitable any more. This is also why Sea Patrol was canceled. A popular action show set in the Royal Australian Navy, Sea Patrol was simply too expensive to produce once the subsidies ended. Despite getting really good ratings, the show ended in 2011.

Now, none of this is “officially official” yet, but the ending of Squzzy made it pretty obvious that Underbelly is no more. Actress Caroline Craig, who played Senior Detective Jacqui James in the first Underbelly series and stuck around as the narrator for all subsequent series, appears as herself at the very end of Squizzy to give a few lines about Taylor’s legacy and his impact on Melbourne. That it was a bookend for the show was painfully clear.

But don’t fret: the creators of Underbelly are already at work on a new series: Fat Tony & Co. It’s based on the life of Tony Mokbel, an Australian of Lebanese descent who was featured in the original Underbelly as part of the Carlton Crew. Much of the series will be filmed on location in Greece, and the show will feature the return of many characters from Underbelly, including Gyton Grantley as Carl Williams and Vince Colosimo as Alphonse Gangitano. The series will air some time in 2014.

Under Your Spell
Desire
6 hours 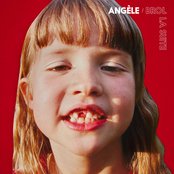