I have a desktop computer in my upstairs office. I have an HDTV in the downstairs living room. All I’ve ever wanted to do is stream video files from the computer to the TV, under two specific conditions: 1) I don’t want any kind of “app” running on the desktop PC; and 2) I don’t want to deal with any kind of “library” feature.

After researching for weeks, I decided on the WDTV Live, because it was the only one that met my two conditions.

As to the former, the WDTV Live was (at the time) the only streaming box I know of that supports SMB. Since I’d already shared my video folder to the local network, all I had to do was configure the WDTV Live to access my Wi-Fi network, then click Video > Choose Source > Network Shares > Windows Shares > [My Computer] > Video.

As for the latter, the WDTV Live has the ability to search for metadata and create a nice library of my videos. But since all I want to do is watch the video once and then delete or archive it, I like that all I have to do is download a video and make sure it’s in the correct folder: no adding it to (or removing it from) a library… in an app that has to run on my desktop PC 24×7.

I’ve had the WDTV Live for several years now, and the local video part of the device still works as good as ever. I download a video to my “Videos” folder, and it’s available instantly on the WDTV Live. The device plays almost any type of video file, except for WebM, gifv or flv (none of which are really used for TV shows or movies) and HEVC files (which are newer). DivX or XviD in an avi container, mp4, mkv containers, DVDs ripped as ISOs… the WDTV Live seems to play them all.

The WDTV Live also has a variety of streaming apps, too, like Netflix, YouTube, Spotify and others. But Western Digital discontinued the WDTV Live in 2015, having not updated the firmware a long time before that. So many of these apps no longer work. So I have a box that can play any type of locally networked file… but can’t do Netflix, Amazon Instant, Hulu, Spotify, TuneIn or Pandora any more.

I asked for (and received) one of the new(ish) Chromecasts for Christmas. And it works OK, but has a strange bug: my Vizio smart TV loses connection to the device randomly. For 2-5 seconds the screen will go black and say “No Signal”. Sometimes it’ll happen three times in five minutes; other times it’ll only happen once every 2-3 hours. Since my Time Warner DVR and the WDTV Live have never had this problem, I thought the issue might be the Chromecast. So I ordered one of the new Roku Streaming Sticks.

The Roku, of course, can’t play files directly like the WDTV Live can. The Roku can only accept streaming input. So, while playing around with it on Monday, I wondered what Plex is like these days.

Plex is an app that runs on a PC (the “server”). It takes a bunch of videos on the server, finds metadata (episode summaries, DVD cover art) for them, puts it all in a nice UI, then transcodes them and streams them to devices that have the client app installed. It’s kind of like iTunes Library Sharing, but for videos. And yes, the UI is really pretty. It’s like having your own personal Netflix. There’s also a “Plex Premium” plan, which allows you to stream your stuff to an Android or iOS device anywhere… which is kind of cool, I guess, for those times I go to a friend’s house and choose to ignore them and watch Elementary instead.

All this is, of course, assuming the shit works… and it almost certainly won’t.

I installed the server app on my computer, and the installer shot my CPU up to 100% and made the fans whine like a beaten mule. And the installer went on and on and on… After what seemed like 15 minutes, I got the message: “You must restart your computer before using Plex”. It seems odd to still get this message in 2016, but that’s OK – you can almost always ignore it, right? I clicked on the Plex icon and got an error message. What? You really do have to restart your computer before using Plex? Awesome.

I grumbled and restarted, and once back into Windows I started the Plex app. But starting the app just starts the app – you have to actually configure it. OK, that makes sense. But in loading the web-based configuration I was presented with “Please wait a moment while Plex starts”. Only it wasn’t a “moment”, it was about five minutes. Nice. Eventually, though, the app appeared. I was presented with a quick and easy configuration wizard. No worries. Only when I clicked “OK” at the last screen, the app just sat there, a circular progress meter on a yellow button endlessly circling. I actually had other, non-computer, things to do at that moment, so I did those instead. 18 minutes later, that damn progress meter was still sitting there with its endless circles. Was it ready to go? Was it indexing every media file on my PC? Who could tell?

I gave it a few more minutes, then refreshed the page. Everything was fine – it looked like the previous page had gotten stuck. Terrific! At this point, I had to add a library (movies, TV shows, music) to my… uhhhh, library? Simple enough: you click a large button for the type of file (movies, TV shows), then enter a name for it (uhhh… “Jim’s TV Shows”?) and then choose a language… I guess. In Chrome, the language drop-down was empty. Terrific. You then choose a (Windows) library or a folder. Plex scans the folder and retrieves the metadata for the files… which is when the real shitshow begins!

Where do I even start? Plex flat-out missed several shows. I had several episodes of The Hollow Crown, The Jinx: The Life and Deaths of Robert Durst, Serial Thriller, Icelandic shows Ófærð and Hraunið, and Houdini and Doyle… and Plex missed them all.

But it took me a while to figure it out, because while Plex correctly tagged about 25% of my shows, it tagged almost half of them as Burn Notice for some reason:

Yes, Last Week Tonight with John Oliver is EXACTLY like a fictional spy show set in Miami. And oh yeah – for reasons I can’t even begin to understand, not only did Plex associate some of these rogue episodes with Burn Notice, it associated multiple unrelated episodes to a single episode of Burn Notice. Once Plex decided that all these episodes were Burn Notice, it assigned every episode with “s03e07” in the name to that episode of Burn Notice. So “Brooklyn.Nine.Nine.s03e07”, “House.of.Lies.s03e07” and “New.Girl.s03e07” were all part of season 3, episode 7 of Burn Notice, with no apparent way to break them up into individual episodes.

I’d be interested to learn exactly how Plex’s scanning engine works. I’ve heard that filenames are supposed to be in a specific format, which would explain why Plex successfully imported one episode of Limitless but ignored seven others:

But it still doesn’t explain why Plex just flat-out ignored those episodes, instead of putting them in an “Uncategorized” or “Shit to Figure Out Later” category.

I have a pre-air of a British show called The Secret, which Plex confused with a 2009 TV movie about the self-help book of the same name. OK, I can see why that’d happen. But it took way too many clicks to even get to the “fix this shit” option, and when it appeared, I hated it too:

The above screencap is from my trying to fix a French version of Beauty and the Beast starring Léa Seydoux. If you have to search multiple sources (or multiple times), this fucking box resets itself every single time. I initially entered “2015” as the year, and messed up and left the language as “English”. Of course there were no hits, so I had to go back… and enter 2015 again, then select French. No hits. So I went back, entered “2014” as the year and had to manually select French again. Which is annoying as hell.

Believe it or not, I’m actually condensing a lot of stuff here. I eventually gave up on this install, so uninstalled (and manually deleted the almost 400MB of stuff left behind in AppData, because whoever designed the uninstaller couldn’t be bothered to include a “check this box to REALLY remove everything” option). After moving some files around, I reinstalled and actually got a much better hit rate on correct metadata. But the shit-tastic UI that makes it SO UNNECESSARILY DIFFICULT to correct faulty metadata just wore me down:

“Fuck it – I’ll just leave it for now and see how it looks on the Roku before I waste any more time on this.”

See, all this would be worth it if Plex created a beautiful user experience and produced top-notch quality streaming video. But yeah… about that:

You can’t really tell from this potato-quality picture of my HDTV, but the Plex video looked really “soft”. There were no obvious problems – pixellation, dropped frames, freezes, stuff like that. But it still looked like bad streaming. Have you ever watched a bunch of 720p sports highlights on YouTube, then watched one that was 360p and thought “man, this looks like crap?” Yeah, that’s what this looked like.

Plex does have an “optimize” function which will supposedly make the videos look better… but I’ll be damned if I’m gonna waste my time “optimizing” 300 hours of TV shows – and every show downloaded in the future – for this shit. Fuck all that. Also, Plex puts a gradient around the subtitles… which I hate, but that’s just me. Maybe there’s an option to turn it off… I couldn’t be bothered to check.

Once again, you can’t really tell from this potato-quality picture, but the same video file played back on the WDTV Live looks remarkably better. I won’t say it’s “indistinguishable” from a live HD feed, but it’s very, very close. It’s been so close for so long that I only download 720p versions of “important” shows I want to “keep forever” and possibly re-watch one day, like Better Call Saul and The Americans. Most other shows I just “consume” – watch once and be done with, like Limitless, The Blacklist, and the above pictured Stitchers – I just download the standard x264 version because it’s “close enough”. It’s so close that most people can’t tell the difference.

So… for what I want, and how I want to use it, the WDTV Live still reigns supreme. I was actually hoping that the Chromecast or Roku had some kind of local streaming option that was as good as the WDTV (and supported SRT files), but it looks like the answer to this (so far) is not just no, but “hell no”. 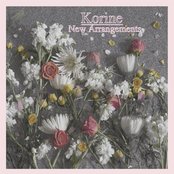 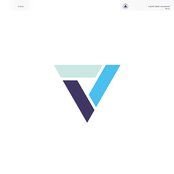 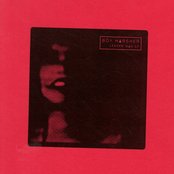 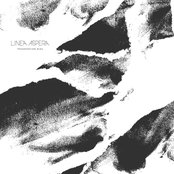