“The real power, the power we have to fight for night and day, is not power over things, but over men.” He paused, and for a moment assumed again his air of a schoolmaster questioning a promising pupil: “How does one man assert his power over another, Winston?”

Winston thought. “By making him suffer,” he said.

“Exactly. By making him suffer. Obedience is not enough. Unless he is suffering, how can you be sure that he is obeying your will and not his own? Power is in inflicting pain and humiliation. Power is in tearing human minds to pieces and putting them together again in new shapes of your own choosing. Do you begin to see, then, what kind of world we are creating? It is the exact opposite of the stupid hedonistic Utopias that the old reformers imagined. A world of fear and treachery and torment, a world of trampling and being trampled upon, a world which will grow not less but more merciless as it refines itself. Progress in our world will be progress toward more pain. The old civilizations claimed that they were founded on love and justice. Ours is founded upon hatred. In our world there will be no emotions except fear, rage, triumph, and self-abasement. Everything else we shall destroy- everything. Already we are breaking down the habits of thought which have survived from before the Revolution. We have cut the links between child and parent, and between man and man, and between man and woman. No one dares trust a wife or a child or a friend any longer. But in the future there will be no wives and no friends. Children will be taken from their mothers at birth, as one takes eggs from a hen. The sex instinct will be eradicated. Procreation will be an annual formality like the renewal of a ration card. We shall abolish the orgasm. Our neurologists are at work upon it now. There will be no loyalty, except loyalty toward the Party. There will be no love, except the love of Big Brother. There will be no laughter, except the laugh of triumph over a defeated enemy. There will be no art, no literature, no science. When we are omnipotent we shall have no more need of science. There will be no distinction between beauty and ugliness. There will be no curiosity, no enjoyment of the process of life. All competing pleasures will be destroyed. But always-do not forget this, Winston-always there will be the intoxication of power, constantly increasing and constantly growing subtler. Always, at every moment, there will be the thrill of victory, the sensation of trampling on an enemy who is helpless. If you want a picture of the future, imagine a boot stamping on a human face-forever.”

I was going through the comments marked as spam on the site and found this gem. It was allegedly posted by one “Kareen Leinonen”:

When i have to mention which the post is without question unpaid that leave my vision learned tons of situations trends. Manged to get a great amount of perception i believe so. Appreciate you this valuable. I think you will can continue to keep really going and therefore stay have in common unique particulars in which can’t say for sure to date. discount shopping sites

English for the win, eh folks?

I spent most of my middle and high school years sorting through stacks of old records at various Atlanta record stores, working the floor at record shows, pouring over Goldmine magazine and burning up transatlantic phone lines with calls to record shops in the UK.

I was what you’d call a record collector, although I wasn’t much of one in the greater scheme of things. There are record collectors out there who have tens of thousands of albums filling their basements and garages, like John Cusack in High Fidelity. But I was never one of them. I kept my collection small, filling it with records I loved as well as records to “flip”. In fact, flipping records is how my love affair with Madonna started. Like most teenage guys in the 80s, I thought that she was super-hot, but I didn’t much care for her music. But I noticed that her records sold quickly and expensively, so I started buying the occasional Madonna picture disc just to flip it into a rare Cure record I wanted.

Although vinyl collecting almost died, it’s going through a renaissance of sorts lately. Many independent record stores are reporting that vinyl is now outselling CDs, although this has as much to do with people who used to buy CDs now using iTunes as it does people buying more vinyl records. Still, vinyl sales are up, and because of this, I thought I’d dust off this old post and spruce it up some.

END_OF_DOCUMENT_TOKEN_TO_BE_REPLACED

I just wanted to let you guys know that I’ve been going through some old stuff on this site and will be releasing updated versions of things over the next few days. For instance, I deleted the old “Useless Facts” page and copied everything to a standard post. I’m also going through the Old Stuff Archive and updating older articles that didn’t make the cut when I converted this site from FrontPage to WordPress.

The NFL released the official 2011-12 schedule today, and this year I was ON IT! The new Steelers schedule is ready to go in record time! Let’s hope the lockout ends soon so that the schedule doesn’t have to be altered any, eh?

I have something new to offer this year: the download is available in the traditional CSV format (used by Microsoft Outlook and Yahoo! Calendar) as well as the iCalendar format (used by Google Calendar, iPhone, and iCal). So be sure to choose the correct version when you download!

The CSV version of the schedule is compatible with Microsoft Outlook 98 or later. It might also work with Google Calendar or any other calendar app that can import calendar events from CSV files. However, it has only been tested with Outlook 2010.

The iCal version of the schedule has not been tested at all. I used this handy online tool to convert the CSV to iCal format, so if there are any problems with the iCal version, please take it up with the webmaster there! 🙂 I did, however, open the iCal file in Outlook and it appears to be correct.

Both schedules contain all preseason and regular season Steelers games as well as the name of the network airing the game. All times are for the Eastern (USA) time zone. A reminder is also scheduled for 8:00PM the day before each game. Fans of other (lesser) teams are free to download the file and use it as a template to create a schedule for their favorite team using any spreadsheet app that supports CSV files.

Pick your poison by clicking the appropriate link below:

END_OF_DOCUMENT_TOKEN_TO_BE_REPLACED

EasyList, the group that provides the filters which power longtime Firefox favorite AdBlock Plus, have figured out a way to convert their block lists to work with IE9. While IE9 + EasyPrivacy isn’t quite as powerful a combo as Firefox + AdBlock, it’s still nice to get rid of most web ads… especially if you’re forced to use IE for some reason. To be fair, IE 9 is pretty awesome. Since Firefox seems to choke on Flash videos when you have 48 open tabs, I had been using Chrome to watch YouTube vids. But I have switched back to IE in those cases as it’s as fast as Chrome on my system and more compatible with various websites.

To add EasyPrivacy to your IE 9 install, just go to this Microsoft page (using IE, natch) and click the “Add TPL” link next to the EasyList entry.

“I know what it’s like to feel like you’re under the hammer and feel like you have nowhere to go, feel like you have no escape. You know what’s going to come now, what’s going to happen. You just feel like there is nothing you can do about it. You feel like you’re trapped under a mountain ‘cos it’s slowly squashing you and you find it hard to breathe some days. But you know what I used to say to myself all those days when I was trapped in that little concrete cell with just one blanket? Every day I used to say to myself this is how diamonds are made. Millions of years of pressure. But if you refuse to break, find a way to hang on somehow, eventually someone digs you up. Sets you free. You will be a gem. Tough, Sparkling and Beautiful.”

– The word of the day is velleity, which is “a wish or inclination not strong enough to lead to action.”

– Conservative? If so, The Episcopal Church hates you. From a guest commentary on their official website:

In an all-wired, let’s-go-viral world of non-information posing as information, these outliers can gain traction. In a saner era, somebody would have told Trump to go back to building unprofitable casinos. No newspaper with sense would dignify today’s bigotry with 24/7 coverage. No network claiming authority would employ people whose wild-eyed extremism makes a mockery of the Fourth Estate.

But here they are, the nutcases, parading in prime time as if they were a legitimate alternative in a deeply divided nation that is struggling with huge and vexing issues.

Thanks to Rupert Murdoch, they even have their own television network to legitimize streams of vitriol, conspiracy theories, fears, rages, and suspicion. In the brave new world of leveling-by-Internet, anybody can say anything and claim to be an authority.

Nice. This wouldn’t faze (or surprise) me in the least if it were on some TEC-affiliated site. But to see it on their official site? Shocking! And they wonder why ASA continues to decline.

– Speaking of religion and politics, an English man is facing being fired for displaying a cross in his work van… but his boss has a poster of notorious racist, homophobe and anti-Semite Che Guevara on his office wall. All animals are equal, but some animals are more equal than others, eh?

– The Metro Design Language isn’t a computer language like Java or C++. It’s actually a set of design standards Microsoft started using in Zune and Windows Media Center and made front and center in Windows Phone. And, like it or not, it’s coming to Windows 8 and the next version of Office. Here’s a confirmed genuine screen cap of a beta version of the newest version of Outlook:

– Speaking of sexy, Chickipedia is the Wikipedia of hawt celebrity women. But while it’s nice to have a giant list of babes and their biographies, what truly makes the site is the “Assets” and “Vices” list at the top of each entry. They’re sometimes mundane, but often hilarious! Check out the list for Heidi Montag: “Assets: Great ass, huge set of tits, cup sized triple D’s maybe triple F’s and going for triple H’s as per her wishes when she’s ready for them. Vices: totally devoid of talent.” Or Jenny McCarthy: “Assets: funny, likes to get naked, tall. Vices: inability to use deductive reasoning, masculine face”. And Ashley Judd: “Assets: Southern sweetness, natural beauty. Vices: race car drivers, bad scripts”. It’s worth a visit.

– Roxy Music
“In Every Dream Home A Heartache” 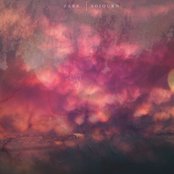 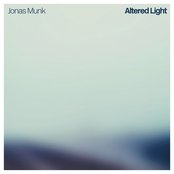 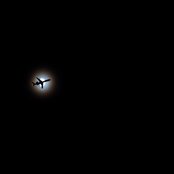 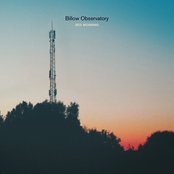