Some jalapeno and habanero peppers from the Love Garden:

– BP just can’t catch a break, can they? The oil giant was recently forced to recall sets of face paint from its stations in the UK after four boys became sick after wearing it. The paint, sold for England’s trip to the World Cup, seems to be as nauseating as the English team itself.

– Speaking of the Brits, NHS hospitals in Wales are banning sugar in tea machines because “sweetened tea and coffee offer no nutritional benefit and can have a detrimental effect on dental hygiene”. So next time you find yourself in a waiting room in a Welsh hospital, be sure to bring your own sugar if you think you might get tea out of a machine.

– The kids from Georgia Tech are at it again. This time they’ve invented a robot that can swim through sand like a lizard. It’s thought that the “lizard bot” could be used in disaster situations to locate survivors or hazards (leaking gas pipes, etc.).

– In 1871, a Norwegian seal hunter found a small hut on an island called Novaya Zemlya in the Arctic Ocean. Inside, he found “clothing, cooking pots, a tool chest, a clock, a flute, a cooking tripod, and several pictures”. The amazing thing? The hut was built by Willem Barentsz, an explorer who passed through the area in 1597 whilst looking for a northern route to China. Even more amazing? Later investigation found some candles in the hut that still worked, despite being trapped in the Arctic tundra for almost 280 years!

I came across an interesting problem the other day. A client had a user who was out of the office. The site administrator changed the user’s AD password, but the user was still logged in to her desktop computer under her old credentials.

The next day, the administrator went to the user’s computer to check an email, and she received the expected “invalid credentials” error message. Following the onscreen instructions, she locked the computer and unlocked it using the new password. This “worked”, in the sense that the password was accepted by Windows XP. But she was prompted for a password when opening Outlook and got a “access denied” error message when accessing network shares.

I logged in using the new password, which Windows XP happily accepted. However, the login script hung on an “invalid password” error and I too got “access denied” messages when accessing network shares. But what was strange is that the login script accepted the username and new password when entered manually.

I figured something must have been screwed up with the user’s cached credentials, so I clicked Start > Run and typed the following:

This opened a window with the user’s cached credentials. I could have clicked “Remove”, but instead I clicked on “Properties” for the domain credentials and put the new password in.

And everything started working again.

Looking to form totally blasphemous and evil black metal band to sing the praises of the dark lord. Must have evil image and equipment. Guitar must be black. How in the hell are you going to be all evil and worship the devil with a yellow guitar?

Must be able to practice on weekends at my house….that’s when my mama goes out of town to see her boyfriend in Gastonia. We can be all evil and drink beer and smoke while she is gone but just don’t track mud into the den or use her bathroom or I might get grounded.

Phil’s gotta be behind this! I mean… Bessemer City? Evil metal bands? Tracking mud in the house? Doesn’t it sound like a prank ad Phil might write?

Here’s a map of the London Underground:

Kinda looks like the London map threw up, doesn’t it?

I downloaded the Windows Live Essentials beta the other day, because I wanted to take a look at the Windows Live Photo Gallery software, which is, by all accounts, a great piece of software.

Like a lot of installers, the Windows Live Essentials software wants you to shut down other programs whilst it installs. Unlike other software, however, the list of “open programs” that the installer wanted to shut down was pretty ridiculous:

Man, I get that this is beta software and everything… but shutting down the DHCP client and Print Spooler? The Workstation service? Really?

– Check it out: a picture I took was used in this post at The Consumerist! Basically, The Consumerist has become famous for exposing the “Grocery Shrink Ray”, where food producers shrink the sizes of their products but charge the same for it. I discovered a rare instance of the “Same Size Shrink Ray” at my local Dollar Tree. Click the link to check it out!

– Congrats to Flip Burger Boutique for earning a spot on Bon Appetit magazine’s “10 Best New Burger Spots” list! Considering that they share space on the list with NYC’s Minetta Tavern and LA’s Umami Burger, that’s quite an honor!

– Here’s a story for Lisa: a British driver ran over a bicyclist, killing him, and seriously injuring another. Why? Because she was distracted by a spider in her car!

– Britain’s march towards INGSOC continues: it’s been proposed that possibly pregnant women be given breath tests to see if they are smokers. Strangely, the National Institute for Health and Clinical Excellence doesn’t propose any penalties for women who “fail” the test (for now, anyway)… other than nagging and shame.

– Then again, maybe Britain’s NHS needs the help: a recent survey suggests that a third of Britain’s overweight women would rather pack on the pounds on purpose to get free gastric bypass surgery than, ya know, diet and exercise. Additionally, 28% of respondents said that they would feint depression if they could get a free nose job, and 43% said that that they would take their children to have cosmetic surgery they were being bullied for having large ears.

– Lastly, a picture from the London Underground:

Gee, would you rather die in a fire, or die from a heart attack from walking down 193 steps?

erockster.com might have the cheesiest name ever, and it might be owned by Clear Channel… but it’s one of the coolest radio stations ever!

But the truest test for a radio station is how many new acts I find on it. In just a week, I’ve discovered several awesome new bands (Polly Scattergood, Kisses, Yeasayer, Blonde Readhead, Stars, The National, and Washed Out) as well as a few bands I’d already heard of, but had overlooked (The Apples in Stereo, XX, Florence and the Machine).

You can listen to erockster here, but what’s even better is that Clear Channel runs the station as a subchannel in most large markets. So if you have an HD radio, you can tune in to erockster almost anywhere!

It’s a really great station, and I’d advise you to check it out soon!

In this post, I showed you how to make an “universal install DVD” for Windows 7. In a nutshell, by deleting one file from a Windows 7 install DVD, you can have the edited disc prompt you for which version of the OS you want to install. You can’t use this tweak to get free upgrades – the version you can use is tied to your product key – but the tweak comes in handy for IT support staff who might need to install many different versions of Windows.

I have found a similar tweak for Windows Vista, and it works in a similar way:

1) Using a disc imaging utility like PowerISO, make an image of the Windows Vista installation DVD.

2) Extract a file called SETUP.CFG from the “Inf” folder inside the “Sources” folder in the root of the drive image.

3) Open the file with a text editor like Notepad and scroll to the bottom of the file. There you will see something that looks like this:

4) Delete these two lines and save the edited file, then overwrite the existing configuration file in the ISO image.

5) Burn the edited ISO to disc.

When you run setup using the edited disc, do not enter a product key when prompted; on the next screen you will be asked which version of Vista you want to install. You can then enter the product key after setup completes.

The only “gotcha” to this is that I’m fairly certain that you need a Windows Vista Ultimate disc to create the ISO, as Vista Ultimate is the only one that contains all the installation files for every version of the OS.

In Your Sleep
Mint Julep
8 hours 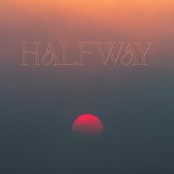